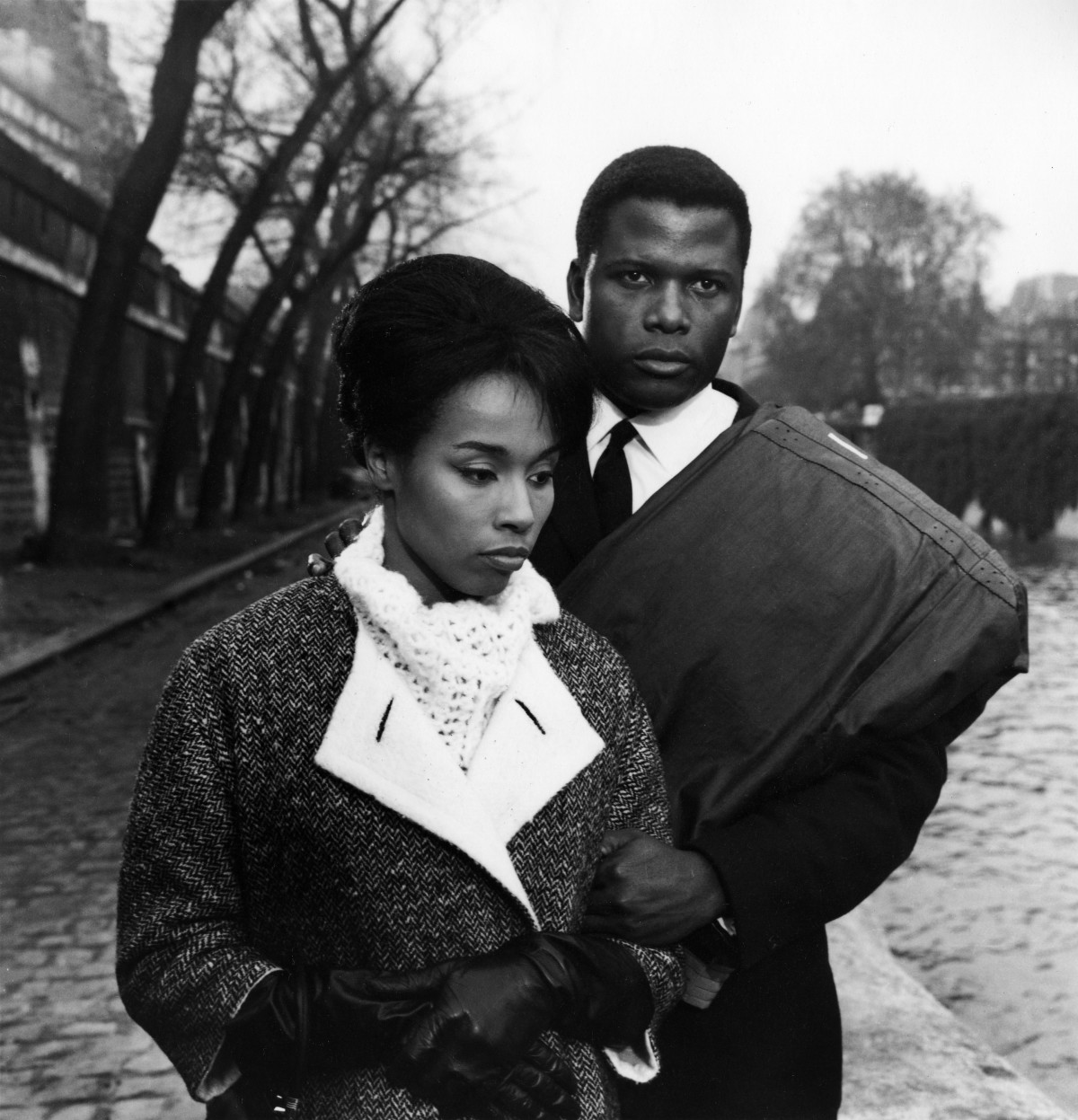 In this excerpt from her essay for Regeneration’s companion volume, film scholar Ellen C. Scott examines the career of Paul Robeson and his difficulties maintaining control over his own image on screen. Perhaps no single figure embodies the promise and failure of Black actors in the American cinema more fully than Paul Robeson (1898–1976). Robeson powerfully marshaled his own image in his performances, especially in song, often altering the lyrics of white-authored tunes to sharpen their racial critique and elide their racist caricatures.[1] Controlling one’s cinematic representation was a far more slippery proposition, however. Robeson appeared in only twelve films throughout his long career as a public figure and entertainer, a fact that reflects the difficulties he encountered in establishing control over images that others directed, and that speaks more generally of the challenges of presenting a fluid and nonexploitative image of African American manhood on the American screen.[2] 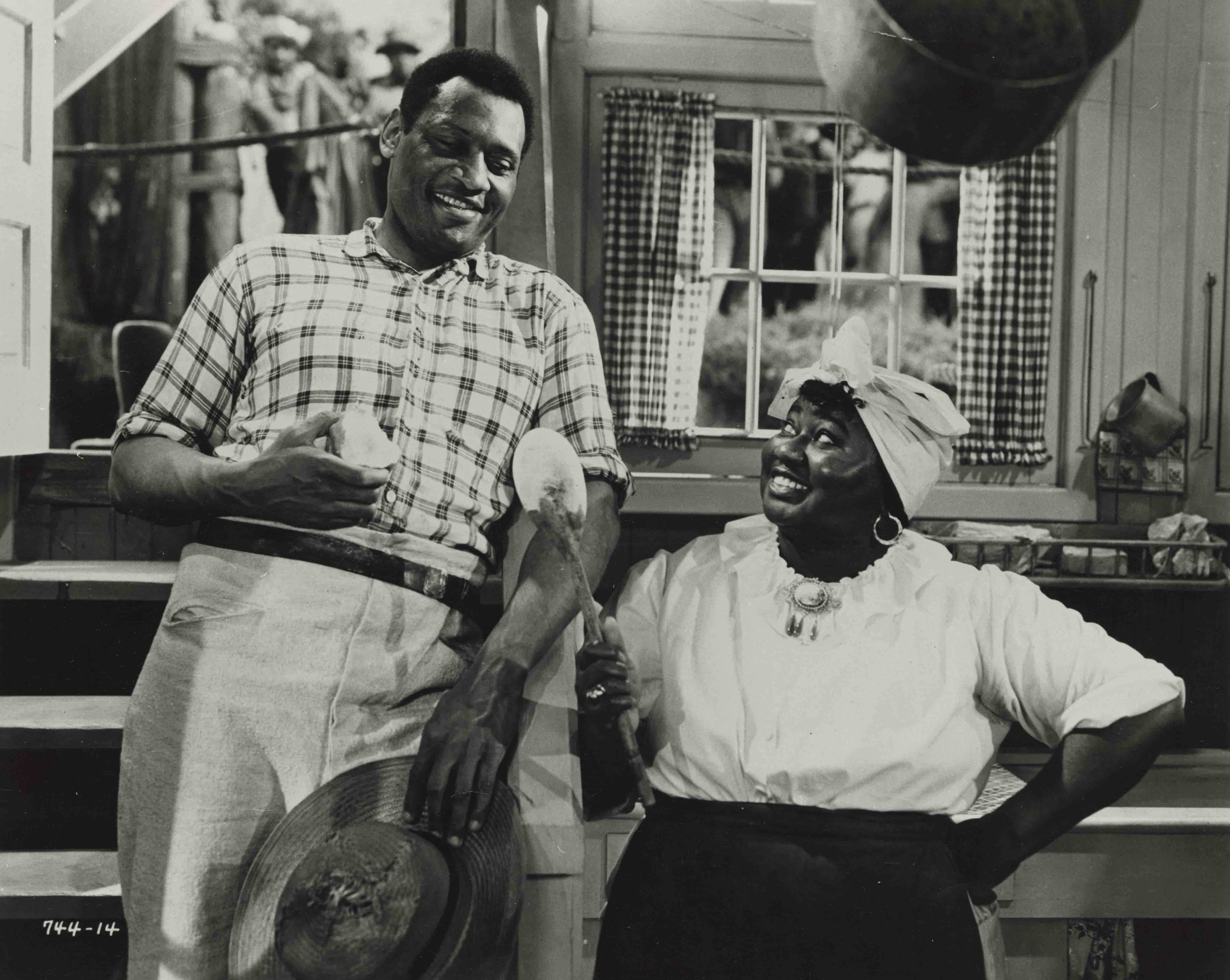 Robeson began his film career in the race film system with Oscar Micheaux’s Body and Soul (1925), in which he played an evil preacher and an inventor, a portrayal that caused consternation in the Black press.[3] Robeson’s next films represent more collective experiments with the medium, appearing as the biracial French writer Alexandre Dumas in an amateur film (1926) by Ralph Barton, a cartoonist and graphic artist, and with Borderline (1930), an interracial avant-garde production that featured Robeson with his wife and business manager, Eslanda Goode Robeson. In 1933 Robeson made his first Hollywood film, Emperor Jones, which raised important issues about Black imprisonment and the prospect of Black self-rule in a world in which white colonialism dominated. In 1936 he appeared in Showboat as Joe, a role he had made famous on the stage. Here Robeson offered his famous rendition of “Old Man River” in an expressionistic sequence. 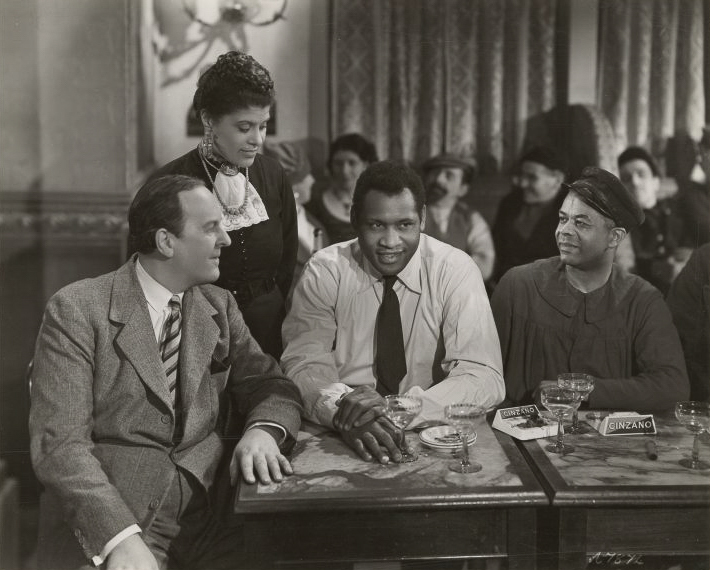 Robeson’s six British films represent a chapter in his career in which he made important contributions in representing the Black international on-screen. In Dark Sands (1937), perhaps the best of these films, he plays Jericho, a talented and rebellious medical student turned World War I  soldier, who becomes a fugitive from the law who dedicates himself to doing good and saving lives. With this film, Robeson finally played a role with the stature he had long strived for. Such a role was an important counterpart to the American cinema’s Black characters. In a win for nomadism, exile, freedom, and Black self-determination, however, Robeson convinced the filmmakers to end the film with Jericho continuing to evade authorities.[4] 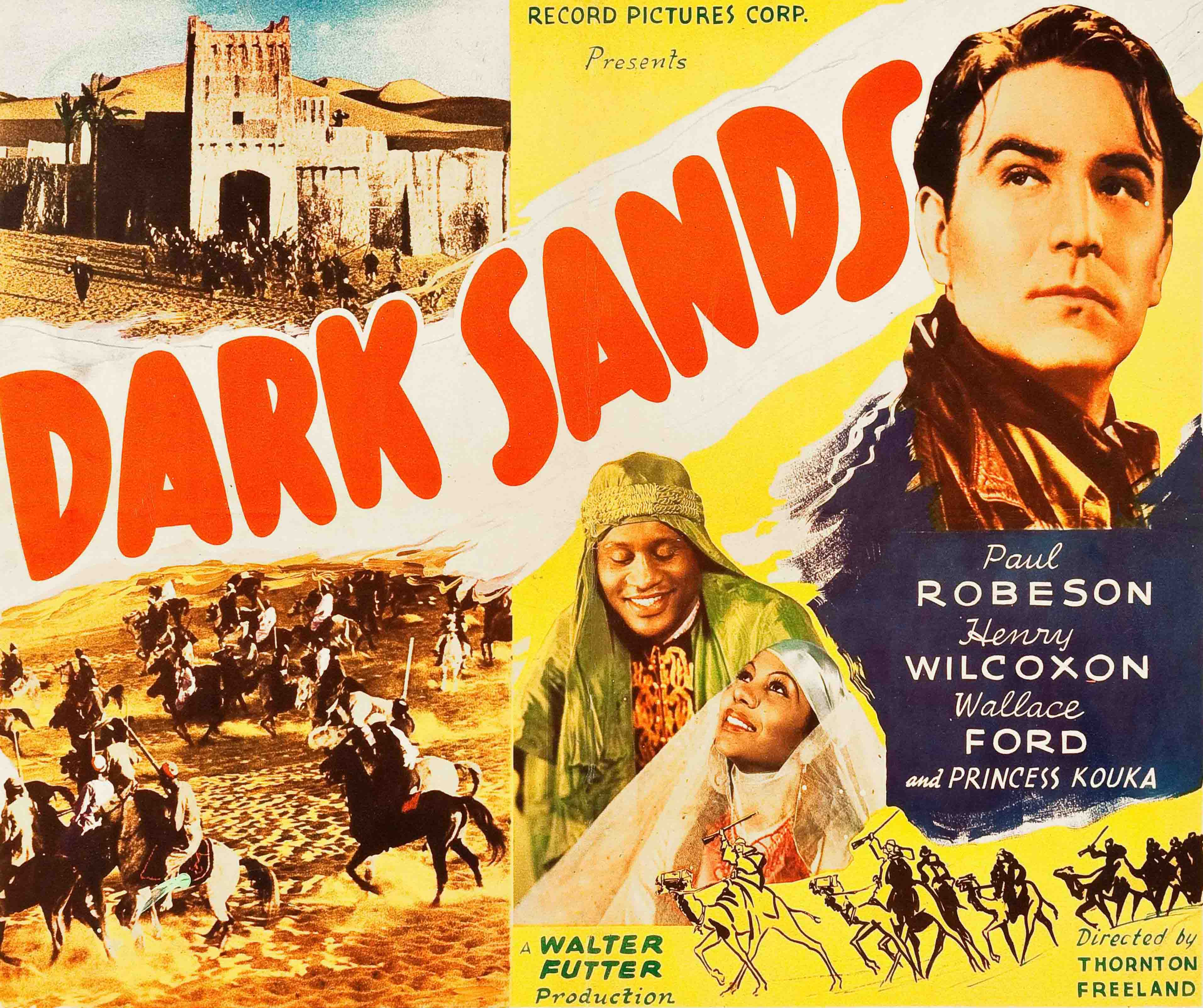 In 1942 Robeson starred in his last Hollywood film, Tales of Manhattan. He had been assured by his friend Boris Moros, a Hollywood leftist and the film’s musical director, that it was a solid project that revealed the power of collective organizing and communal ownership. The film, however, situated Black people not in Manhattan but in a rural outpost, which so offended some African Americans that they threatened to picket. An embarrassed Robeson, again foiled by editing and the larger narrative arc into which his image was enlisted, said he would join the picket lines if they formed in New York. By 1943 he had essentially retired from film acting. 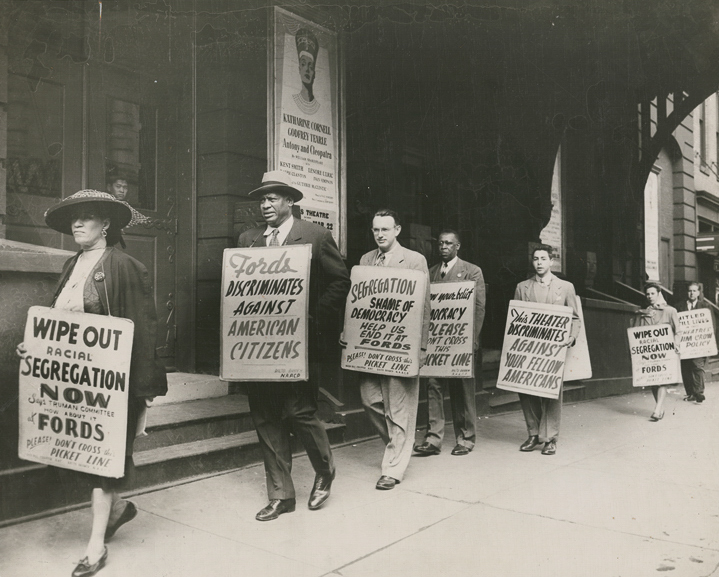 Ellen C. Scott is associate professor of cinema and media studies and associate dean of the School of Theater, Film and Television at UCLA. Her research focuses on the meanings of media in African American communities and the relationship of media to the struggle for racial justice and equality. She is the author of Cinema Civil Rights: Regulation, Repression, and Race in the Classical Hollywood Era(Rutgers University Press, 2015). She is currently working on two projects, one exploring Black women film critics and another examining the history of slavery on the American screen, which has received a grant from the Academy of Motion Picture Arts and Sciences’ Academy Scholars program.

That Man of Mine

The World, the Flesh, and the Devil

A Raisin in the Sun

Nothing but a Man

In the Gallery: Freedom Movements

What He Witnessed: Blackness, Film Spectatorship, and James Baldwin’s The Devil Finds Work 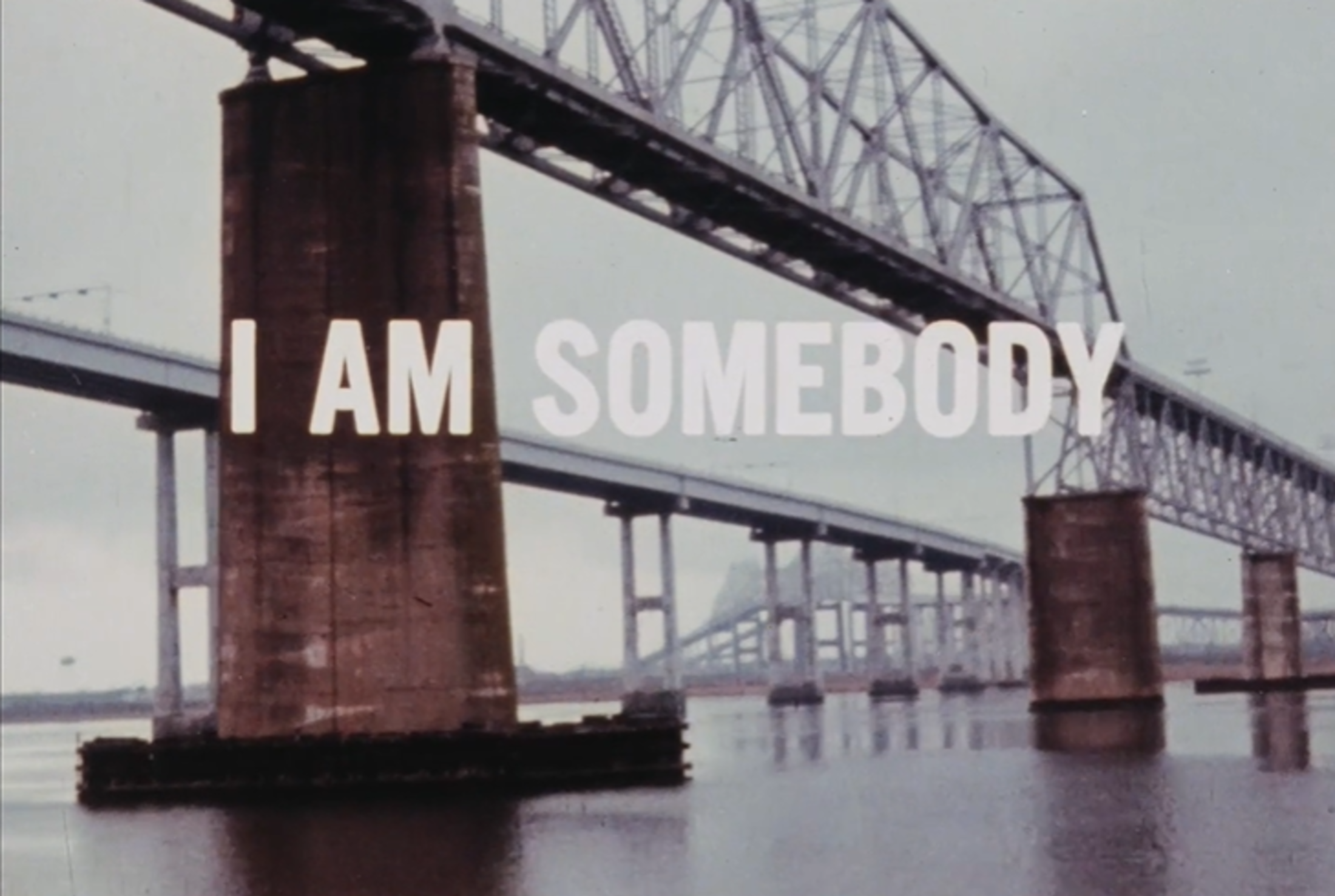